Aphrodisiacs were sought centuries ago. Many people thought that certain foods contain substances that have a libido-enhancing effect. Before the sexual activity, people consumed herbs like mustard, cloves, thyme, ginger or cayenne. Also other foods such as leeks, tomatoes, potatoes and chocolate were seen as aphrodisiacs. The more these foods were eaten, the more people discovered that they were fables. Eromix is a different story. The liquid contains essential ingredients that can have a libido-enhancing effect.

Because Eromix has almost no taste or smell, it can be added in mixed drinks. Create a cocktail for your partner or organize a cocktail party. It is guaranteed that everyone will be in a sensual mood which will undoubtedly ensure an unforgettable evening.

Take 50 ml before sexual activity or mix the liquid in a cocktail. Do not take more than 1 bottle (100 ml) per 24 hours. 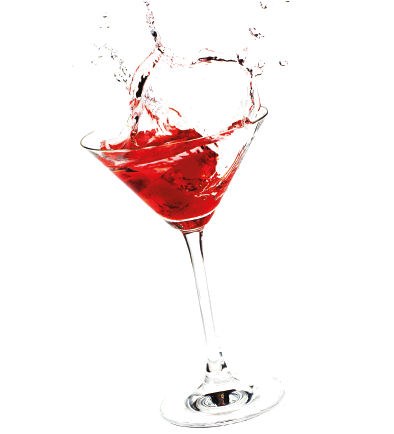 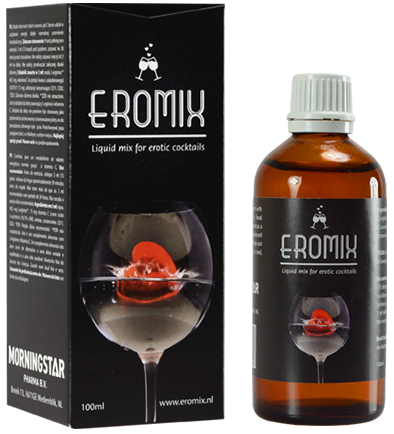 RDA = Recommended Dietary Allowance
x = RDA has not been established

L-Arginine: Arginine is one of twenty naturally occurring amino acids. Amino acids have various functions in the human body. Arginine ensures better stamina and the proper functioning of various organs. L-Arginine works aphrodisiac and causes the release of testosterone, which has a positive effect on getting an erection.

Ascorbic Acid: Vitamin C is also known as ascorbic acid and is not produced by the body itself. That is the reason why it is important to get enough of this vitamin for the absorption of iron and a good general resistance. Vitamin C is an antioxidant that counteracts aggressive substances and helps protect healthy body cells.